Author’s Note: It’s really hard to control your mind to search for something to look forward to each day, isn’t it? So when I “fell off the wagon” yesterday, I told myself “DOH!!! Not again…”

Suppressing this feeling
Inside I am screaming
“Not again”, I’m saying
It’s already exhausting

Tired from my mind’s complaints
Positive thoughts go in vain
I tell myself “not again”
Until when can I contain?

photo credit to pinterest.com (but the pic says a different website…)

Author’s Note: It’s almost August 21st so I’m posting this now. I wrote the first draft last Aug 10th but finalized it on the 19th. I’m posting it on the eve of the 21st to coincide with my friend’s special day. This is for her… Congrats and best wishes. 🙂

Was it April or May when a friend told me that she might leave the country for good soon? It was mixed emotions when I found out – it’s all for the right reasons but someone moving away is always sad. When she told me a couple of months ago, it didn’t feel real. Now that the day is getting closer, it’s slowly hitting me.

Someone leaving is not new territory for me. I left my friends too when we moved to Canada five years ago but I guess it was different then since I was the “leaver” and not the “leavee”. Back in the Philippines, I had a couple of friends who left our home country too so being a “leavee” is also not a foreign concept, but somehow this time it feels different.‎ I’m not sure why. Maybe it’s a combination of these two – (1) I don’t have many friends who reside here in Canada, I can count them all using my fingers! (2) I’ve known her for less than 1.5 years and that’s too short, I want more time to spend with her.

Despite our differences – culture, religion, race, age, language, etc., there’s this connection that I rarely find with someone. I first met her when we interviewed her for a job. Right there and then, I knew we have a chemistry and I’m pretty sure we’ll work well together. It was a unanimous decision and we hired her. True enough, we screwed up at work! Just kidding, of course we did an awesome job! The dynamic duo, as what our boss referred to us. I resigned eight months ago but we still go out for a chat, coffee or lunch at least once a week. I’ve known her for only a short time but it feels like I’ve known her forever. How often do you meet someone like that? I know for sure that this Asset-Liability Management model is more than just the company’s tool – it made us closer and “converge” with each other. Or perhaps, Goku, Vegeta and Cell made us closer too but whatever it was, I’m really glad to find someone whom I can share anything with – someone who has the same wavelength and quirks that I have. Now, in a couple of weeks, we’ll add some more items to our list of differences: time and distance.

I’ve lost a lot of friends through the years. That’s part of growing up (and school graduations) – time and distance became our enemies. Our personalities have changed too and gradually, we became distant. I no longer personally connect with all friends I’ve lost. For most of them, I only see updates on their Facebook posts and they have become merely Facebook friends. It’s true that time and distance are friendship’s enemies but it’s a choice too. It’s my choice, and maybe theirs as well, to not communicate with each other. For some whom I like to keep, it’s also my choice to buzz once in a while and make sure to go beyond commenting on social media posts and status updates.

I’m so excited and happy for her next chapter. I always believe in her skills and capabilities and I’m sure that she will do well in her next roles, both as a wife and as a risk professional. I’m just a little bummed about it because I have to adjust to the new normal again. I’m losing a coffeemate, a chatmate, a poutinemate and a trainmate. At least there’s one thing I know for certain – I’m not losing a friend.

As she welcomes this new chapter in her life, I wish her all the best. It’s going to be an adventure, she’s going to adjust to the new normal too and it’s definitely a huge adjustment but just enjoy the ride, regardless if it’s smooth or bumpy – just enjoy it! 🙂

Today is the first day at work that she is not around and I’m missing her already. It feels weird that I no longer send an email to her with a subject heading “coffee?”. I will miss her more when she moves to the States.

Remember this line from How I Met Your Mother – “You will be shocked when you discover how easy it is in life to part ways with people forever. That’s why when you find someone you want to keep around, you do something about it.”

No matter what the differences are, whoever we want to keep in our lives is a choice; hoping she’ll do the same.

Author’s Note: This is still related to my previous posts, “I Want To Be” and “But…”; I was thinking of using the same photo in those posts for continuity but I thought it’s funnier to use these zombie workers instead.

My fire is slowly dying. Once it’s gone, I’m afraid I’ll become a zombie worker who just wakes up each day, goes to work, does the job, waits until the day is over, goes home, enjoys the night with the family then repeats the same routine next day. You see them in the office everyday disguising themselves as hardworkers. They could be anyone from the slackers to the top performers. Only one way to distinguish them is through their eyes – there are no sparks in them. They’re in auto-pilot mode and just have a mindset of “let’s just do the job!”. For zombie workers, the main motivation for work is money – it’s all about paying the bills. There’s nothing wrong with that since they earn money and they accomplish the job but it’s wasted talent, and definitely wasted time, if money is the main driving force.

I’m dragging myself each day to work and all I can think about is how I badly want to retire and/or write. I want to pursue writing but I don’t know the next steps. For now, I just want to continue writing and rambling on my thoughts but I want to write more – I want to explore all the possibilities, I want to write about all the ideas in my head but somehow, they don’t come out smoothly. I hit a wall; I’m stuck and I’m uninspired. I don’t know why, may be this zombie virus is impacting my creative juices. How do I turn this around? I don’t know… I hope this is just a phase.

There’s only one word to explain – PASSION.

I am gradually turning into a zombie worker because of passion – the absence of it. I just had an epiphany that this job is not for me but even if I change job or go back to my previous one, I will encounter this same problem because of the lack of that word. If I would take that route, I would probably have more responsibilities, more stress and less time. Then, I would have an instant escape from what I am truly feeling and not deal with this. Here in my current job, I have some idle time and I can’t help but think about this. So, do I divert and take a detour or do I drive right into it and face it now?

I don’t really have any problem, do I? I’m just so bored and I don’t know how to bring back the fire in me. I guess, I just have to learn how to embrace this and figure out a way to create smoke in my day-to-day work life and prevent the fire from dying. Embracing it doesn’t mean that I will fully turn into a zombie worker but it’s for me to find a cure to this virus asap. I need to search for something to look forward to in each waking workday, whatever that is. May be writing while idle is the start then hopefully this will evolve to more than just rambling.

Don’t you want to be a driver, a learner, a dreamer?
Or did you forget about your goal to make things better?
Isn’t it that it’s about becoming a great writer?
Then why are you turning into a zombie worker? 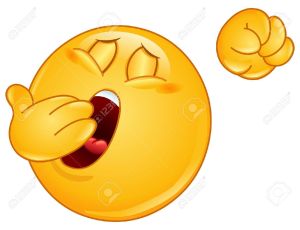 Author’s Note: This is how I feel about work in the past months or so… If only I could stop working and just retire. Oh well!

Each day I struggle
Lost my drive, don’t know why
I’m facing a hurdle
Don’t bother. Oh, I try!

Each day I am more bored
Errr… how do I get by?
‎Battling this to the core
I’m not winning this! Hai (sigh)…